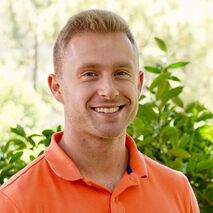 Prescott is a staff associate with the graduate student chapter of InterVarsity (called IVGrad) at Stanford University after having recently completed a graduate degree in structural engineering at Stanford. When not volunteering with InterVarsity, he is a bridge engineer with a design firm based in San Francisco – you might say he builds suspension bridges by day and spiritual bridges by night!

As a student, Prescott was quite involved with the InterVarsity chapters on campus, both at Stanford and at Bucknell University where he obtained his bachelor’s degree. Through this involvement he was transformed in many ways, such as realizing the significance of being a servant leader, recognizing the inseparability between the Kingdom of God and issues of societal justice, and learning how people’s worldviews can be shaped by their fields of work/study.
​
Prescott is originally from the Philadelphia area, but is thankfully not a Philly sports fan! Some of Prescott’s passions and favorite activities include playing piano and guitar, classical music, baseball, running, looking at cool buildings/bridges, and ice cream (not sure if the last one is a passion or activity – or both). Perhaps the most unique fact about Prescott is that he has a twin who looks like him, enjoys virtually all of the same hobbies, attended the same universities, completed the same major and graduate program, AND is now working in the same field.
SUPPORT PRESCOTT